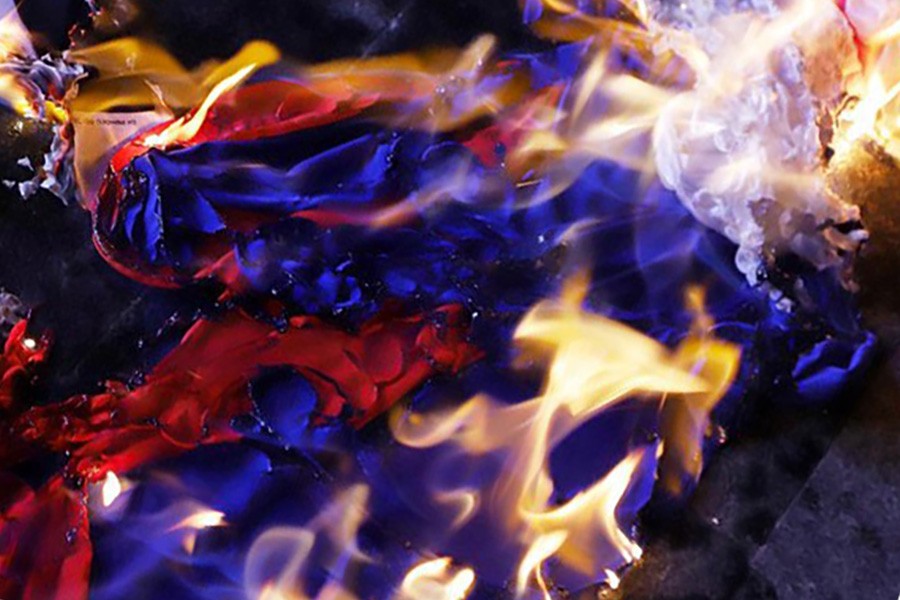 In an occupied village in the Berdyansk district, a Russian flag was burned above the occupation administration.

The event happened in Mykolaivka, which is 33 kilometers from the district center. Currently, the Russians are busy looking for performers, but without success. The event was a reaction to the desire of the occupiers to create a collective farm in the village.

Earlier, the occupiers announced plans for collectivization and seizing “excess” equipment from the locals. People’s allotments should also become the property of the collective farm.

It will be recalled that earlier in Kherson the occupiers hung their rag on the facade of school 57, but it did not hang there for a long time. The Ukrainian underground in the city decided that the exterior of the school would be better if there were no enemy rags there .

previous
PASSPORTING KILLS
next
"GLORY TO UKRAINE": CLEAR MESSAGES BEGAN TO BE LEFT TO THE OCCUPIERS IN CRIMEA